Piotr Słapa is one of the finest acoustic guitarists in Poland 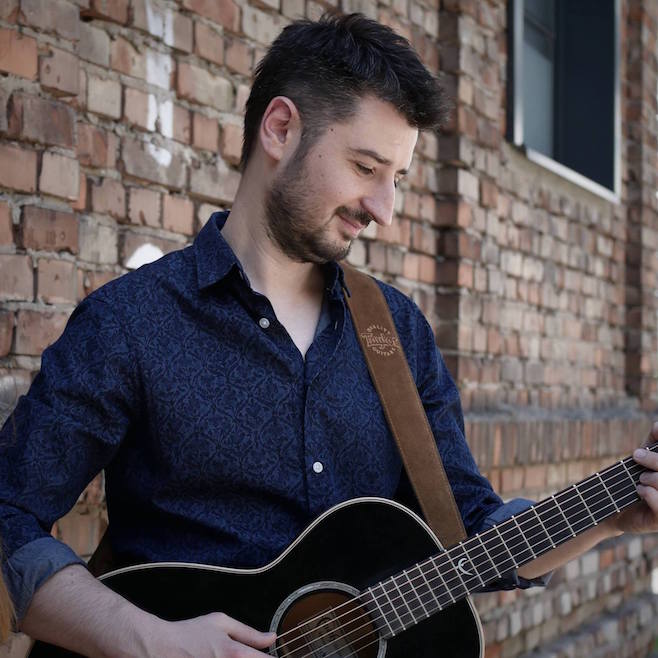 He perfected his music skills while living in Nashville – the capital of country music.

In 2007 he participated in the legendary fingerstyle guitar festival Chet Atkins Appreciation Society.

He won a special 1st place prize in the most prestigious jazz guitar challenge in Poland – Guitar City 2007. For the time first time in history the award has been given to a soloist.

Since 2008 he has been a tutor in a polish magazine for guitar players – Magazyn Gitarzysta (Guitarist Magazine). He also tutored guitarists during countless guitar workshops nd gave concerts on major guitar festivals in Poland.

“You sound great! Your arrangement of Somewhere Over The Rainbow is georgous!”

“One of most promising guitarists of the young generation in Poland. Extremely musical and sensitive to a sound of an acoustic guitar, laureate of many prestigious competitions, I predict him a big career”

virtuoso of doubleneck guitar and tapping

“One of the best fingerstyle acoustic guitarists in Poland at the moment. Fingers crossed for him”